Skip to content
🎃HALLOWEEN SALE🎃 50% OFF TODAY ONLY Free Shipping Available
Risk-free returns 30-day Return Policy
100% secure checkout
DAVID ZIMA ISN’T a man to shy away from a challenge. When news of a custom build-off popped up in the Czech Republic, he didn’t really have time to build anything—or spare money for a donor. But he jumped in headfirst anyway.
Build-off contests are everywhere these days, and this one was run by the Czech importer of Royal Enfield. But it had a catch—builders had to buy their own Enfield donor bike. Fortunately, there was an attractive discount on offer, and as the prize, whoever won the contest would get their money back. 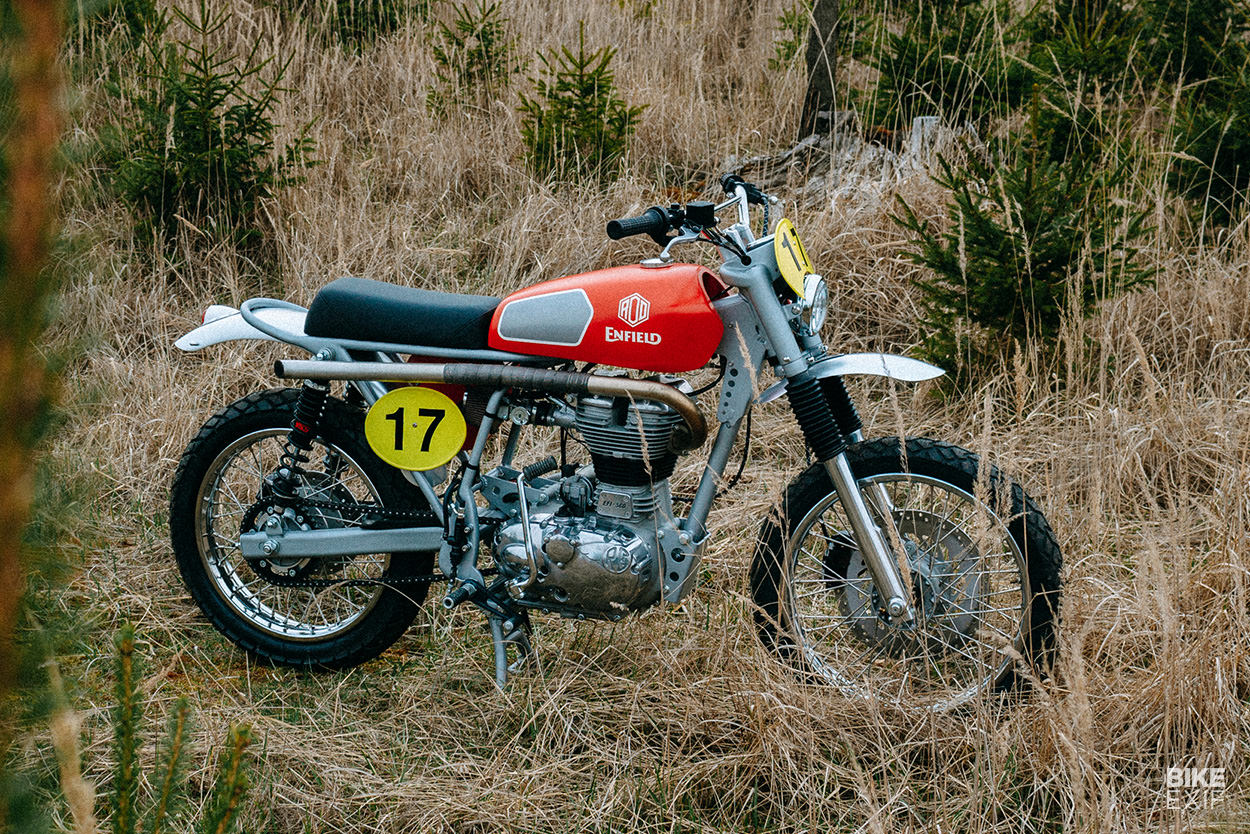 “At the time, I was overwhelmed with work on other motorcycles,” David tells us, “and on constructing a new workshop. But the idea that shops from all over the Czech Republic could compete with a motorcycle modified from the same base suited me perfectly.”
“And because I’m a person who likes challenges, I added another motorcycle loan to my house mortgage and workshop loan—a motorcycle for which I had no customer, and didn’t even want!” 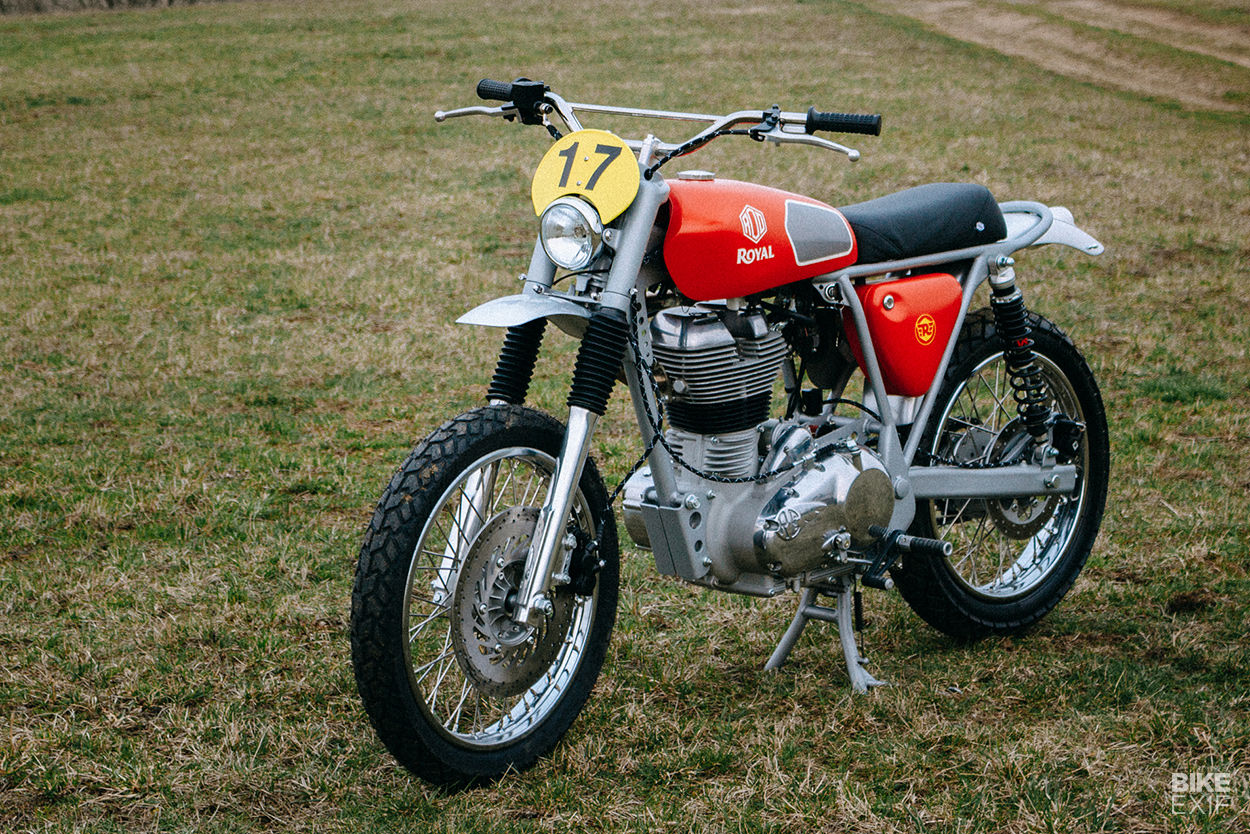 With a brand new Royal Enfield Bullet 500 on the bench, David, who operates as Rod Motorcycles, had his work cut out for him. He got the bike with time to spare—but once he’d cleared client work and could focus on it, the deadline was only two months away.
“I had a few visions in my head from the beginning, and thought that if it was to look good, the frame had to be cut,” he explains. “But cutting up an old, demolished, and immobile motorcycle is a bit different from cutting into a new motorcycle.” 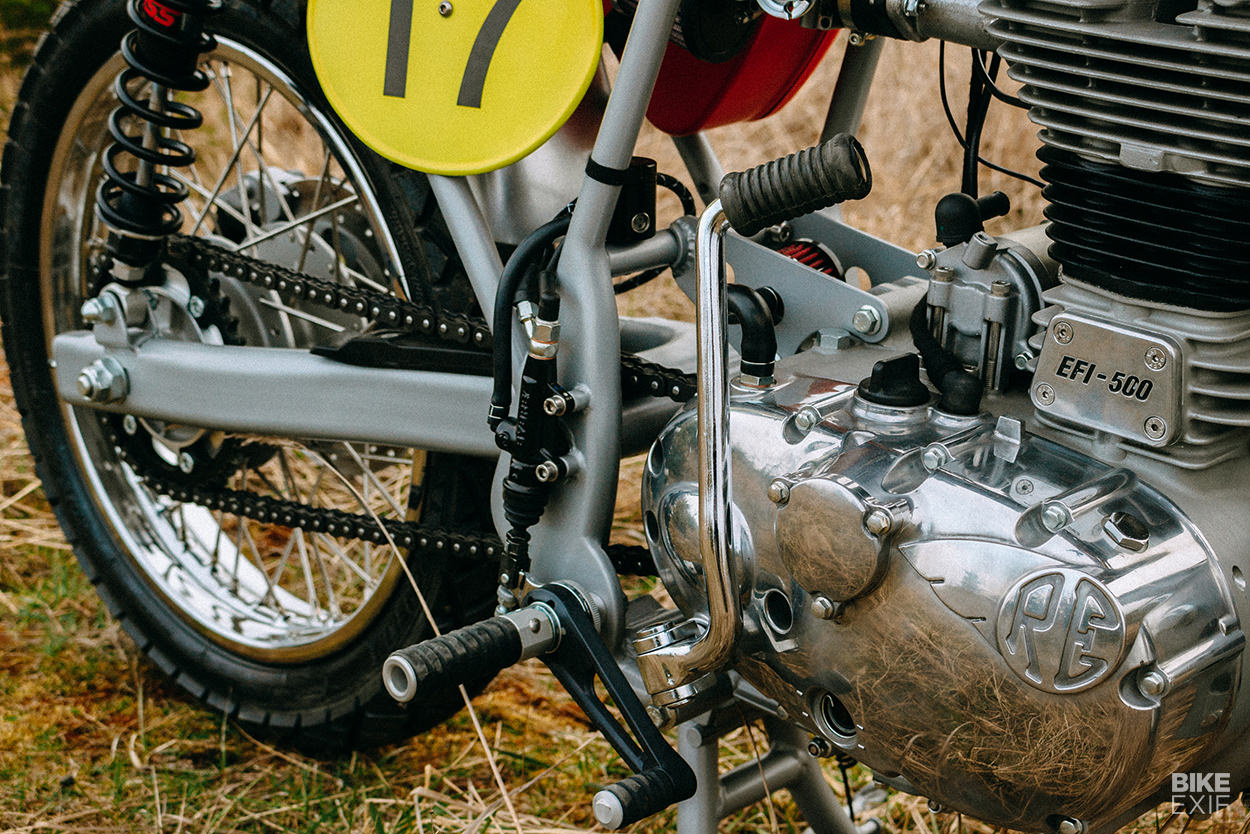 “So I walked around for a few days and couldn’t decide. But my brother couldn’t stand it anymore … so one day, while I wasn’t looking, he cut the motorcycle in half.”
With the Bullet now missing the rear half of its bobber-style frame, David had no choice but to spring into action. He rebuilt it with a more upright, leveled-out silhouette, and added a pair of longer-than-stock YSS shocks. 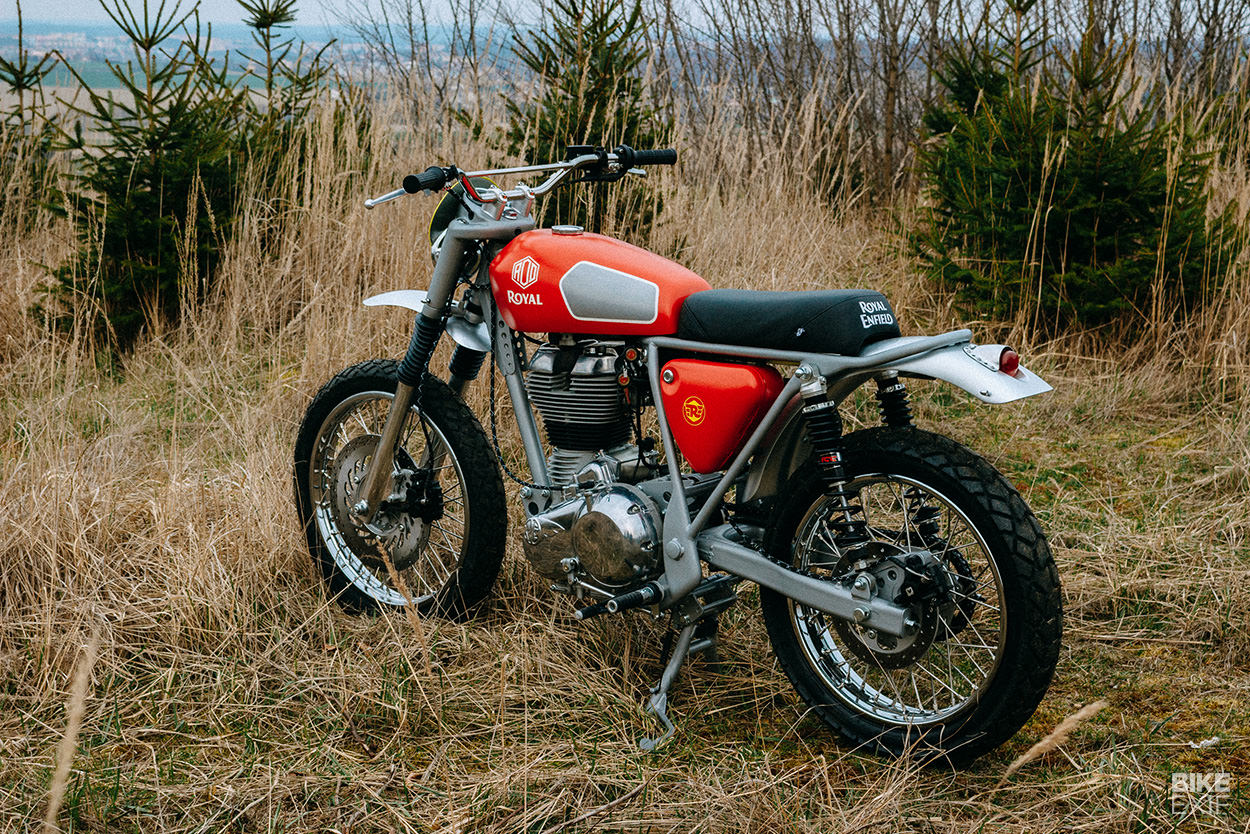 The framework included fabricating new motor mounts and gussets, plus new mount points for a set of Tarozzi footpegs and controls.
David originally had an elaborate plan to use a Honda XL500 front end, but time wouldn’t allow for it. Instead, he’s trimmed off the fork covers, along with the integrated headlight nacelle. David then fabricated new upper fork sleeves and headlight mounts and redesigned the top yoke to take a set of traditional risers. 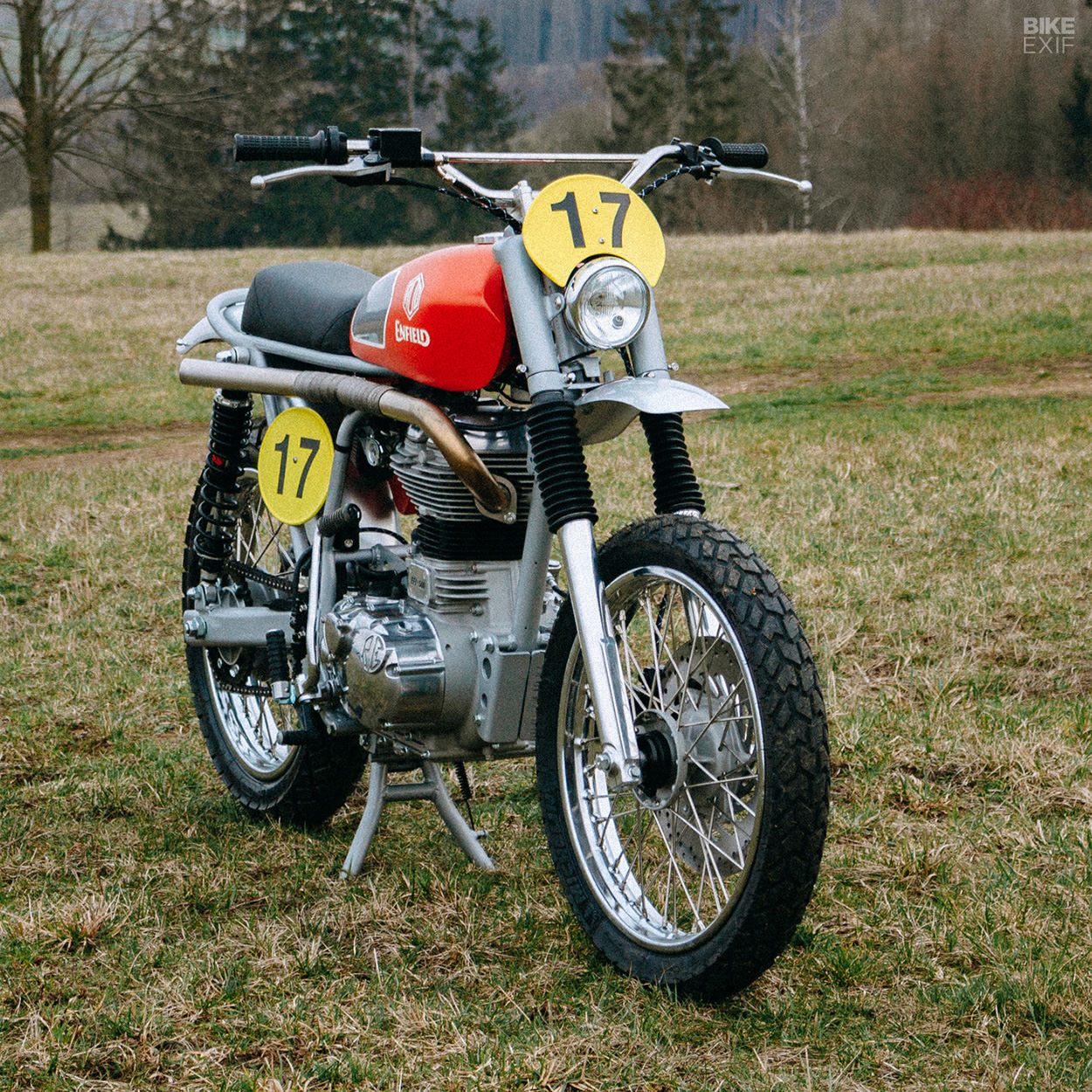 The fine-looking new arrangement is finished off with a new headlight, a vintage MX-style number board, and a set of classic chromed Tommaselli handlebars.
Other upgrades include a set of dual-sport Michelin Sirac tires, a larger front brake disc, and a better master cylinder. The ABS system’s been removed, too. 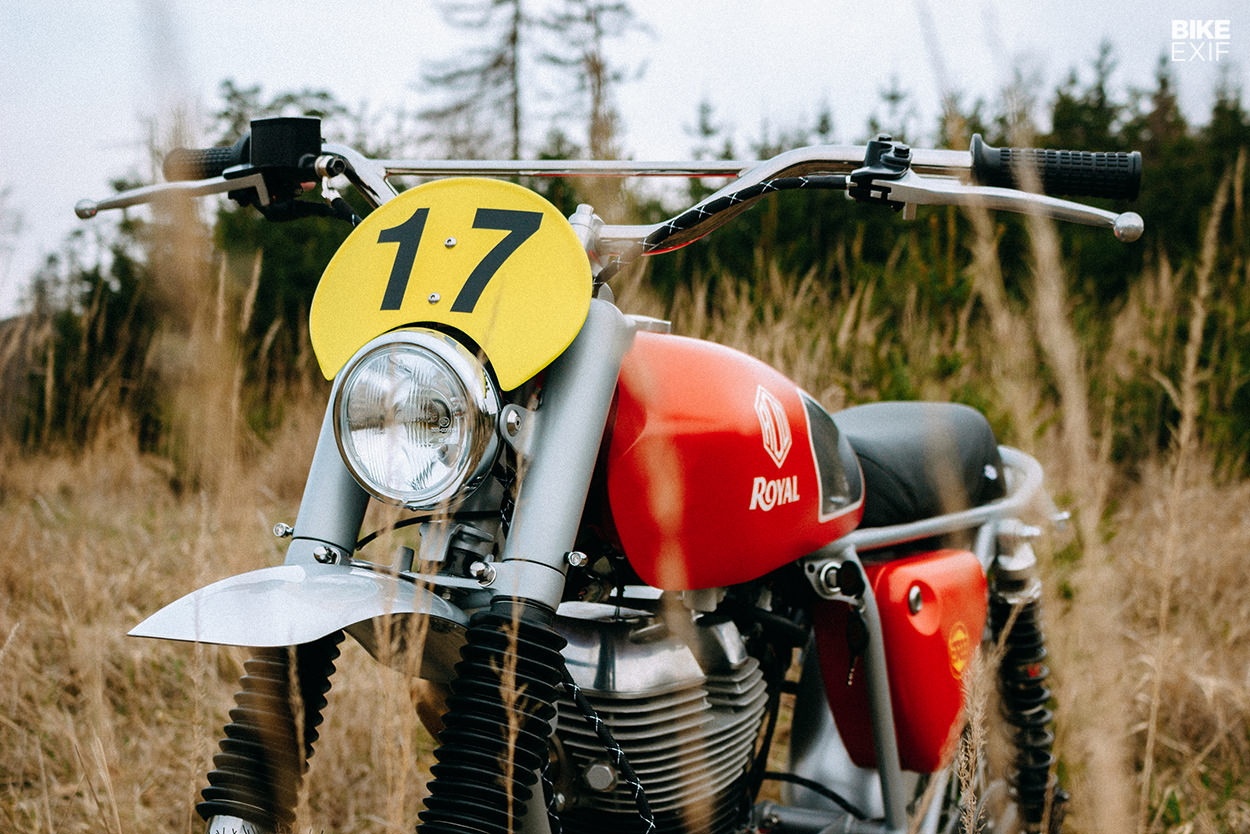 The fuel tank was a saga unto itself. David’s initial plan was to build one from scratch, before deciding to use an old Husqvarna unit. Then David found a Honda item that fit the bill. Getting the Royal Enfield fuel pump to fit was much harder, and almost prompted him to convert the bike from fuel injection to a carb. But he eventually won the battle.
A fresh red and silver paint job gave him the vintage Husqvarna vibe he was looking for, and a milled and polished Jawa gas cap finished it off. 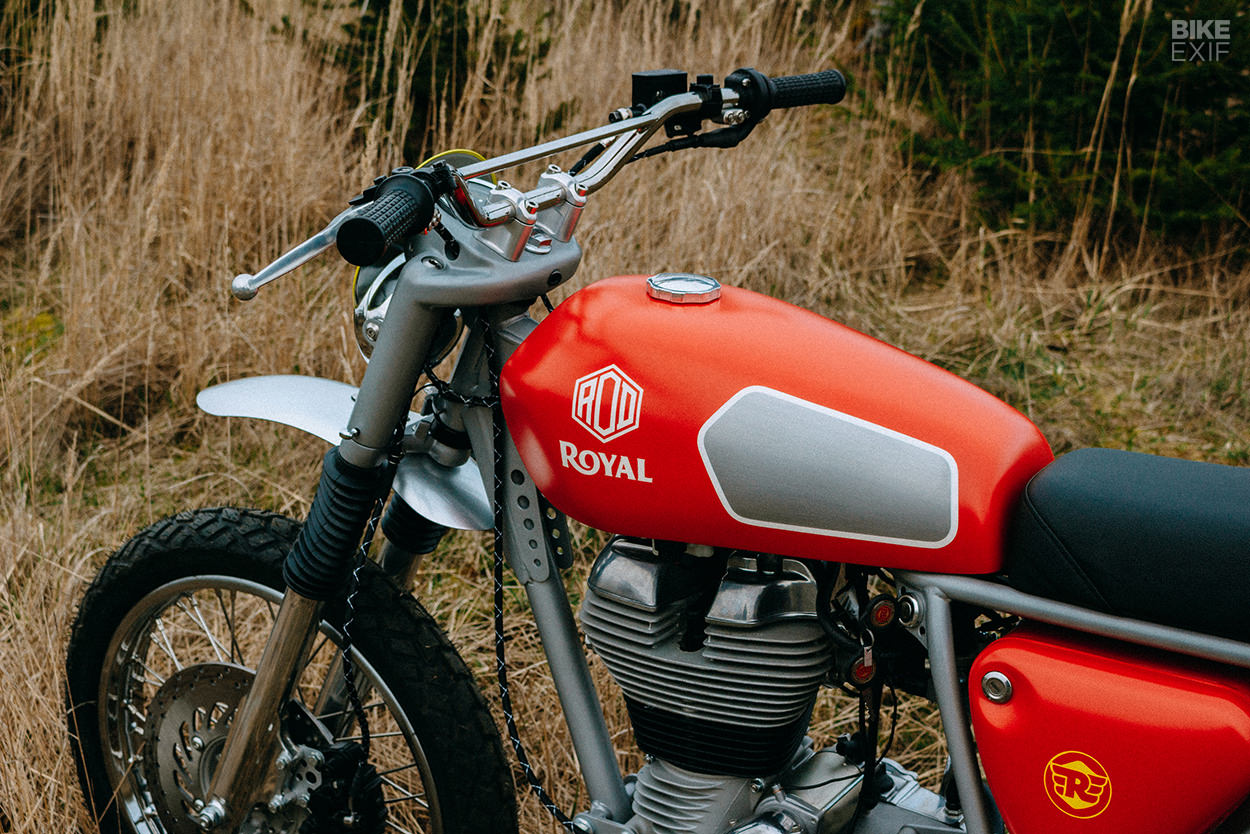 Both fenders are custom jobs; the front was trimmed from a part lying around the workshop, and the rear is two old fenders welded together. It’s capped off with a taillight sunken into a hand-made aluminum cover.
The bodywork’s finished off with a perfectly-proportioned saddle, upholstered by Rod Motorcycles’ go-to guy with an embroidered Royal Enfield logo on the rear. 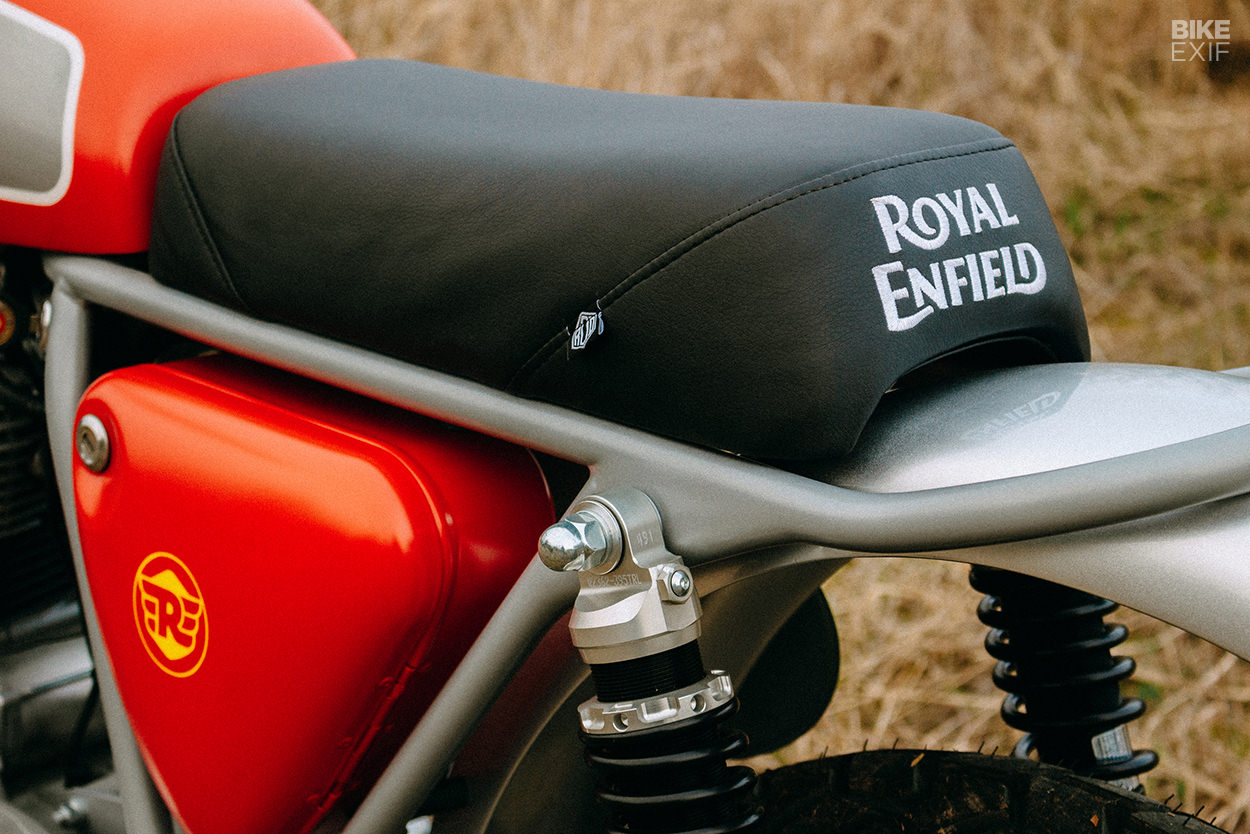 David kept the Bullet’s original tool box (on the left side), but it now hosts a small Lithium-ion battery and the whole bike has been rewired around the latest Motogadget mo.unit blue Bluetooth-enabled controller. The ignition key now sits below the tank, and David has installed his own proprietary Rod Motorcycles switches on the bars.
The engine’s stock, but the carb now inhales through a K&N filter. The single, high-riding exhaust is a custom job, fabricated from stainless steel. 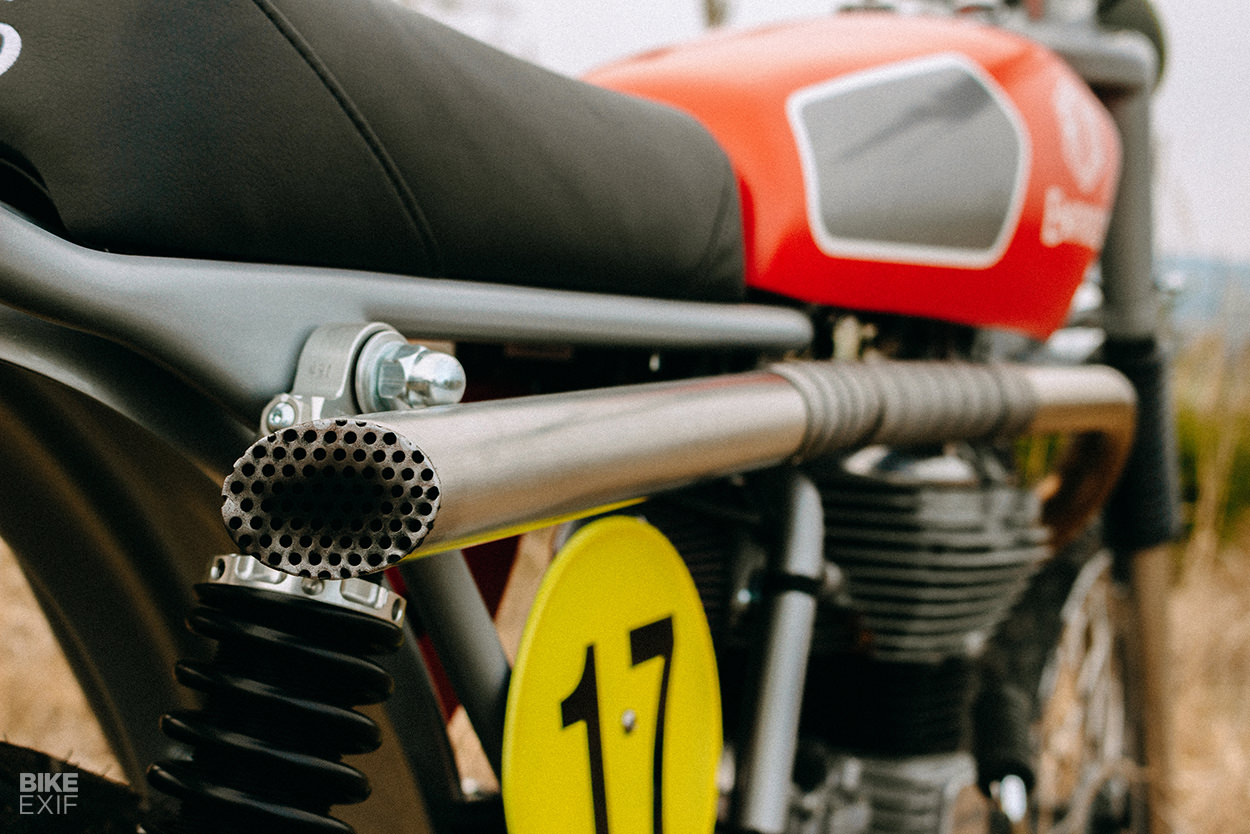 Despite the hard work that went into this Bullet 500, and the cracking results it produced, the contest didn’t go according to plan. Rod Motorcycles won—but they won by default, since no other Czech workshops entered the contest.
It’s an odd result that shouldn’t take anything away from the quality of this build, especially since David went all-out. If you like the idea of a tough but simple vintage-style scrambler, drop David a line: this picture-perfect Enfield is now for sale.
Share Share on Facebook Tweet Tweet on Twitter Pin it Pin on Pinterest
Back to News