ELECTRIC MOTORCYCLES ARE a paradigm shift on so many levels, but any worries that they might kill the custom scene are unfounded. Electric customs from Untitled and deBolex have already shown us what’s possible, and now this amazing build from Deus Ex Machina has raised the bar again.

This custom Zero SR/S cuts such a classic line that it could be mistaken for a petrol-powered bike, despite being packed with high tech materials and upgrades. It comes from Deus’ US outpost, and it’s the last project that famed head wrench Michael ‘Woolie’ Woolaway completed there, before moving onto a new job. It’s also the first electric bike he’s built; sparked by a serendipitous meeting at last year’s Pikes Peak International Hillclimb. 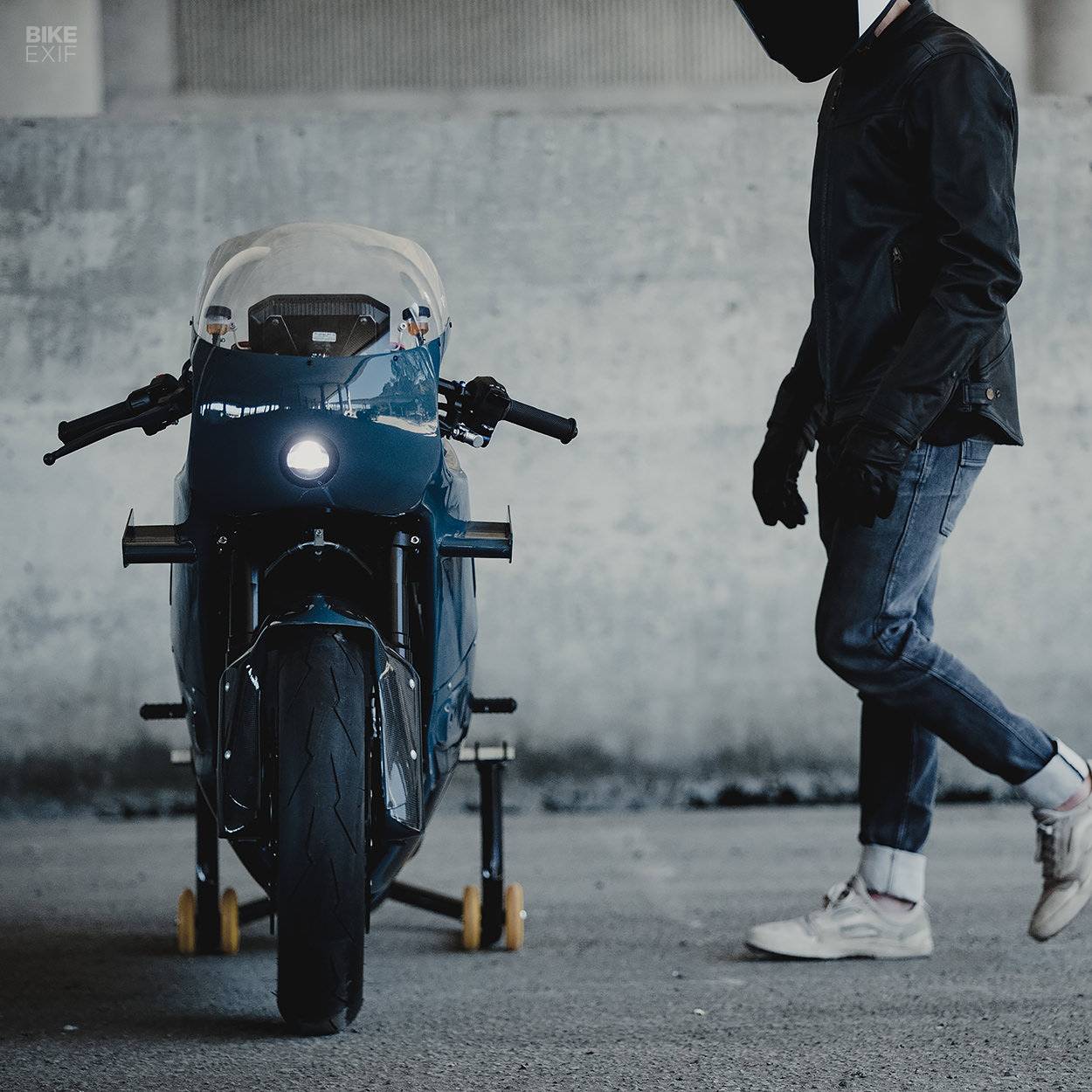 Woolie was there fielding his wild Ducati-based race bike, and electric powerhouse Zero lined up with their race-prepped SR/F.

“When I met the guys out at Pike’s Peak and really got a good look at the bike,” says Woolie, “I thought, that bike is the perfect platform to build something with. Because there’s no gas tank and there’s this trellis frame that’s beautiful, and everything else comes off and there’s nothing there. So in my mind, quietly, I was thinking, I’d love to do something with that bike because it’s a blank sheet of paper.” 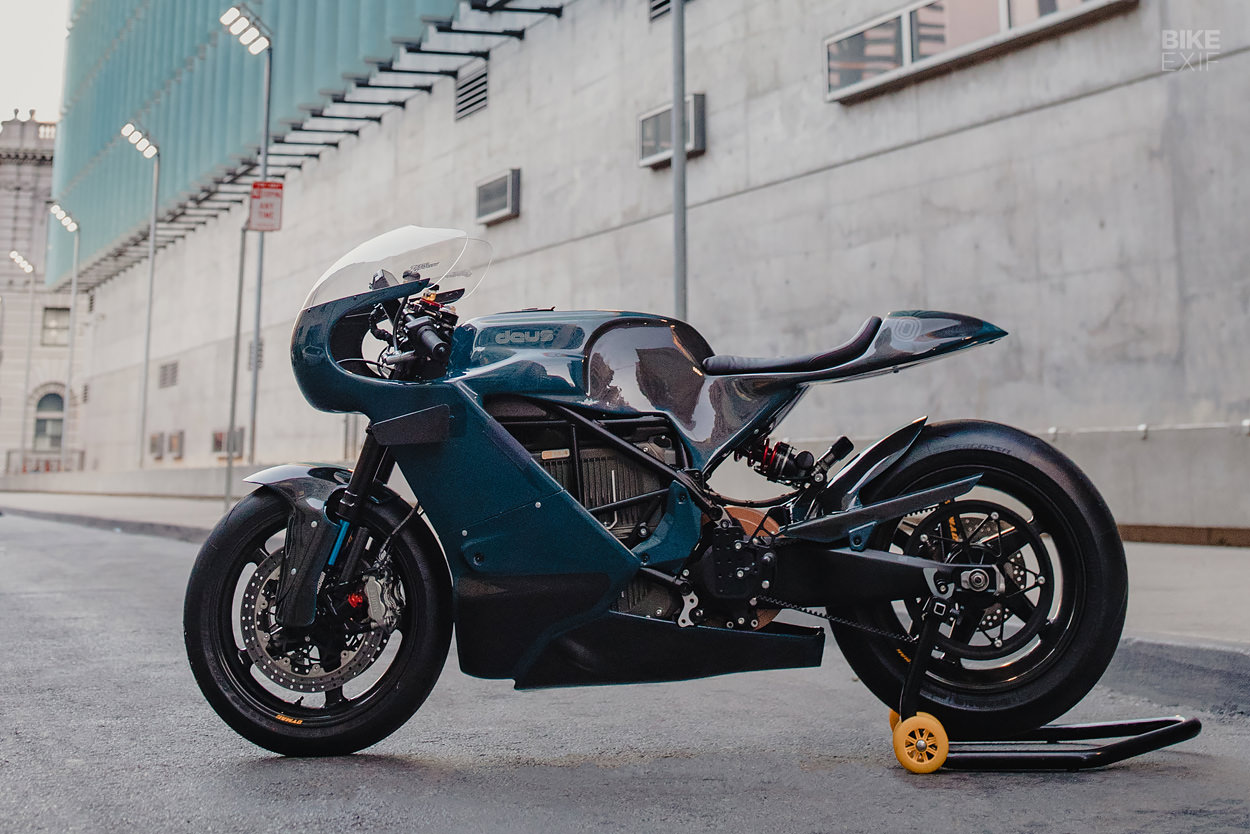 “We didn’t have a design brief, really,” says Zero’s PR lead, Dan Quick. “We just connected with Woolie and he was pumped to do something. So we got him a bike and told him to do something special… but whatever he wanted.” 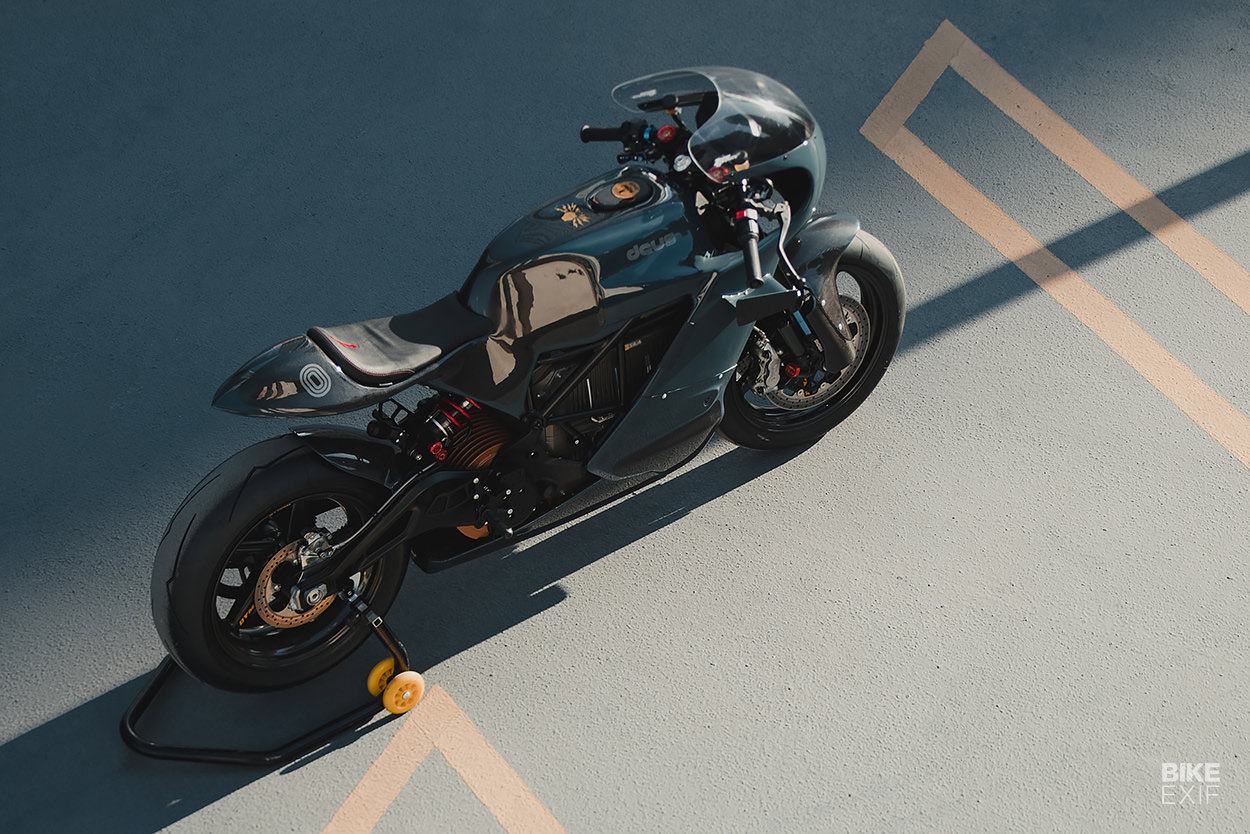 With 110 hp and 190 Nm on tap, the Zero SR/S is a plenty capable electric sportbike. Woolie was instantly blown away by its performance and unique ride characteristics—and quickly formulated an idea of where he wanted to take the build, aesthetically.

“I wanted to do something kind of old and new,” says Woolie. “Old shapes that I kind of grew up with, and new technology. And I wanted to build a bike that wasn’t really necessarily street legal, because that’s what I really love doing, and I thought that it might help lend to a better end product.” 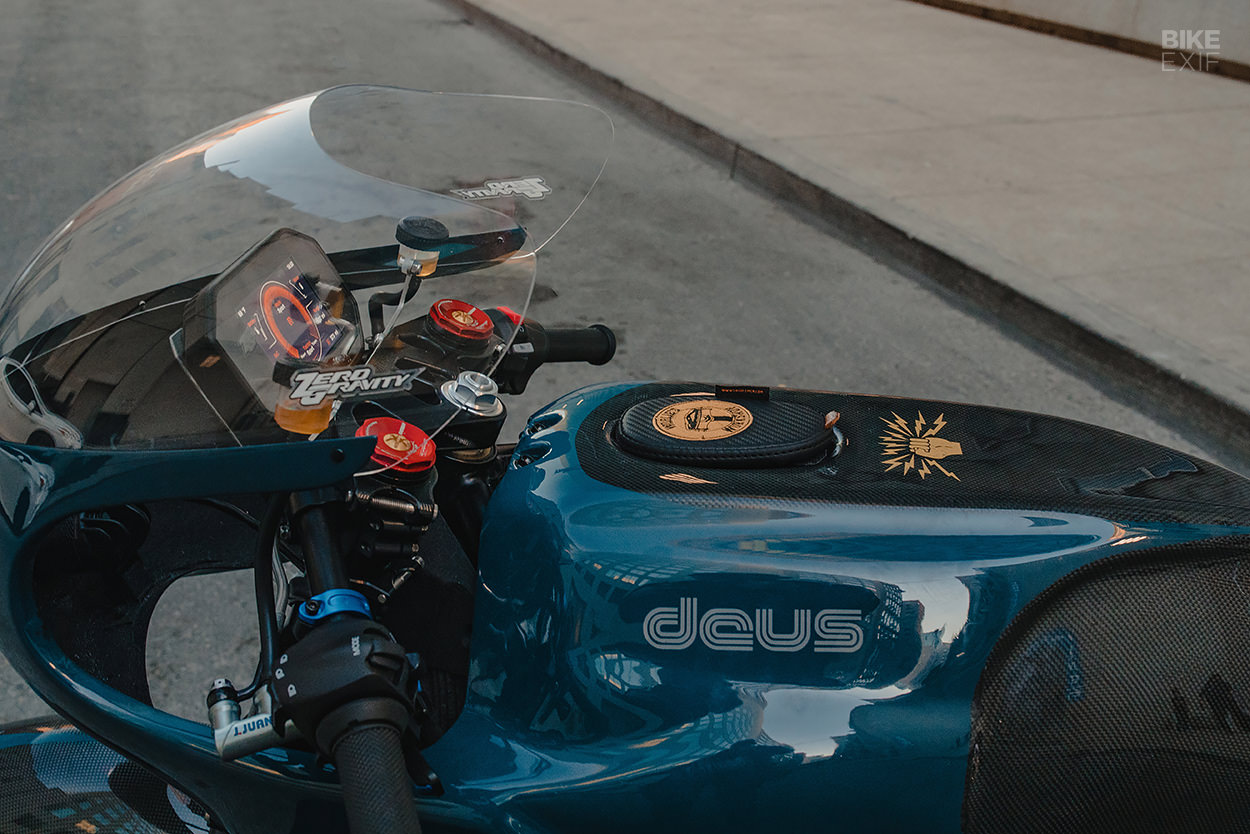 The SR/S might be a modern machine, but Woolie’s process was decidedly retro. Rather than start with digital 3D renderings, he shaped a mockup of all the bodywork by hand, using foam. He started with the tank first, then moved forward to the fairing, before completing the tail and lower bits.

“I usually work with aluminum and steel and chromoly and that sort of thing,” says Woolie. “So it’s the first time I’ve ever been able to just sit down and organically shape something. While doing that, you’re thinking about function, and seating position, and weight distribution, distance to the pegs… all that kind of stuff.” 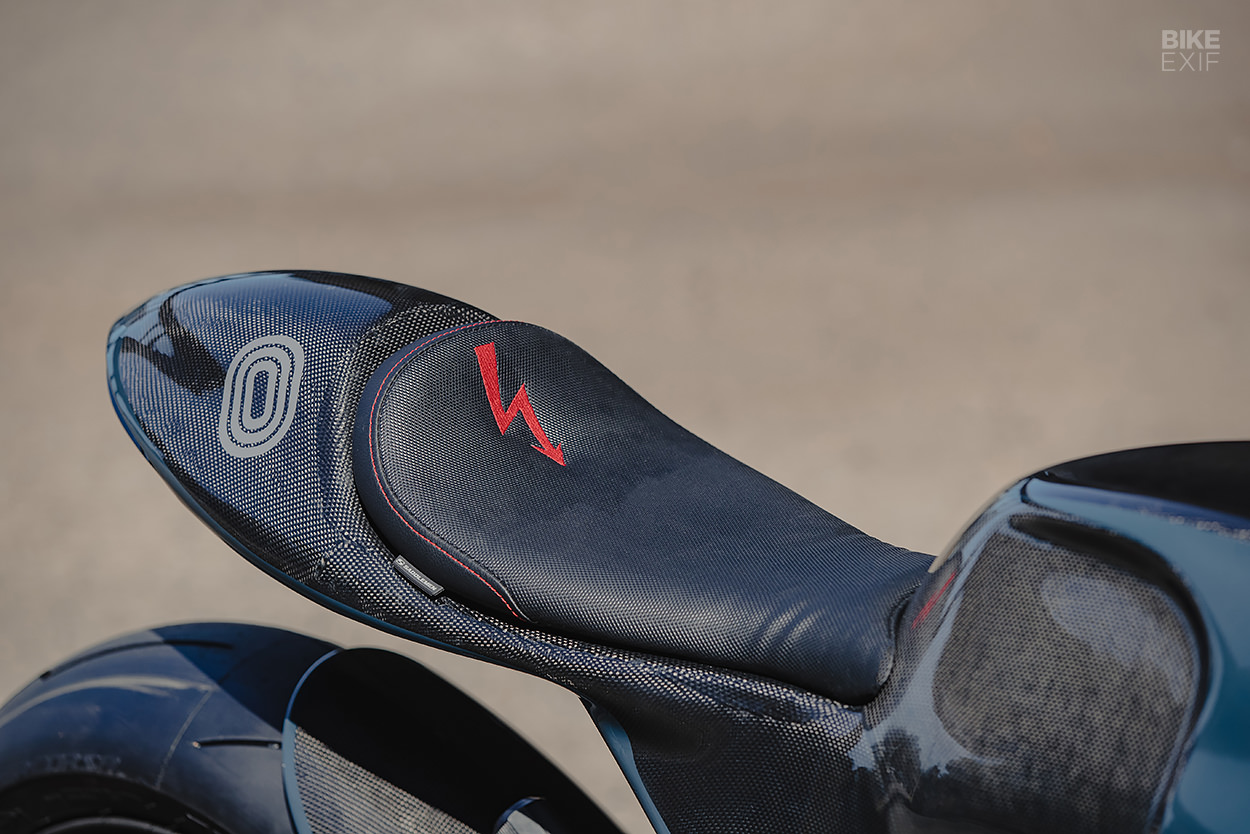 The final bodywork was shaped out of carbon fiber and ended up being just three pieces, attached to the bike with four bolts on the standard OEM mounting points. The carbon fiber layout is complex too—so much so, that Woolie asked two Lockheed Martin engineers to come down one weekend to spec out the material layout. But it was Paul Taylor at Taylor Made Racing that was responsible for building the actual pieces.

Saddlemen came to the party with a custom seat pad for the SR/S, and Glen at Zero Gravity supplied a hand-blown windscreen to cap off the fairing. 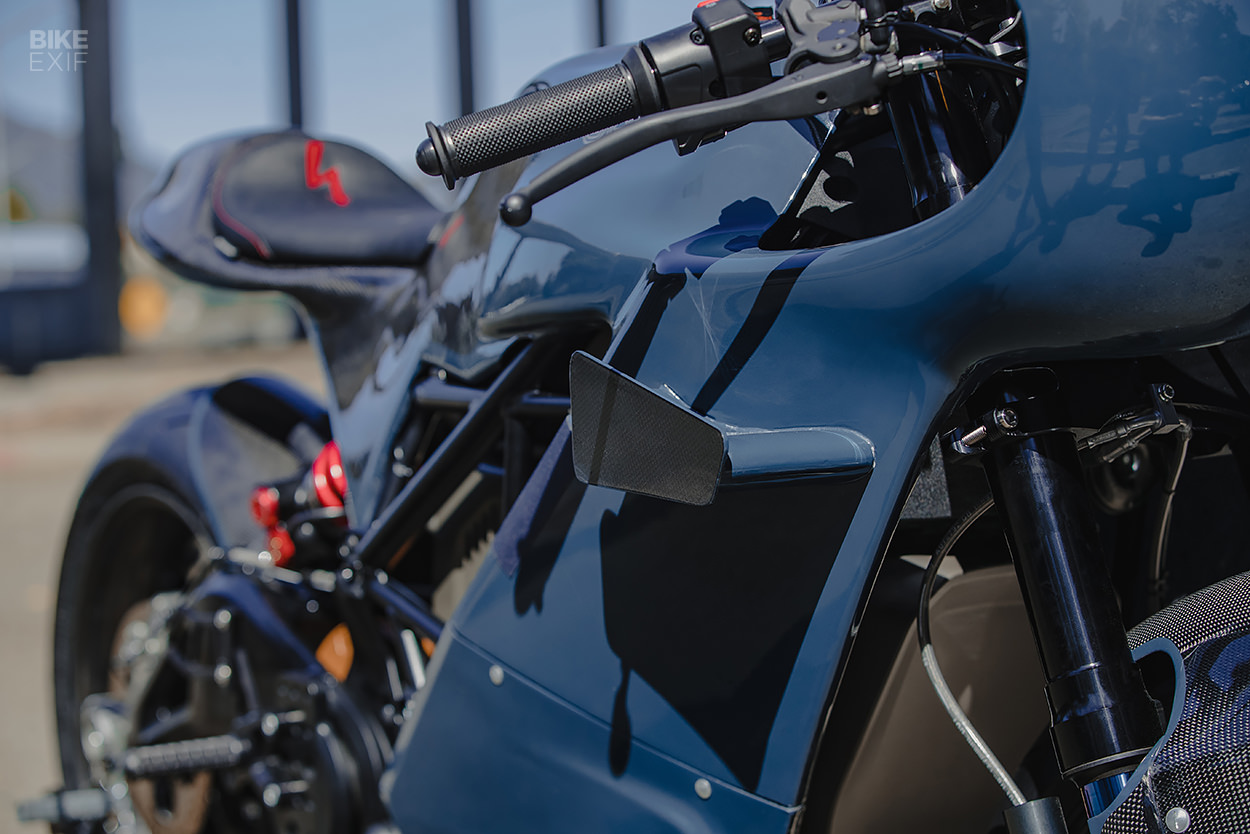 But Woolie still felt the bike was missing something: winglets. So he shaped a pair up using pieces of an actual F1 car winglet, with custom end caps that mimic those on Porsche’s racecars.

“The winglets will tend to stabilize the bike quite a bit more than you’d think, especially at speed, and add a little bit of downforce,” he explains. “But mostly I just felt like it added another detail that was cool and different.” 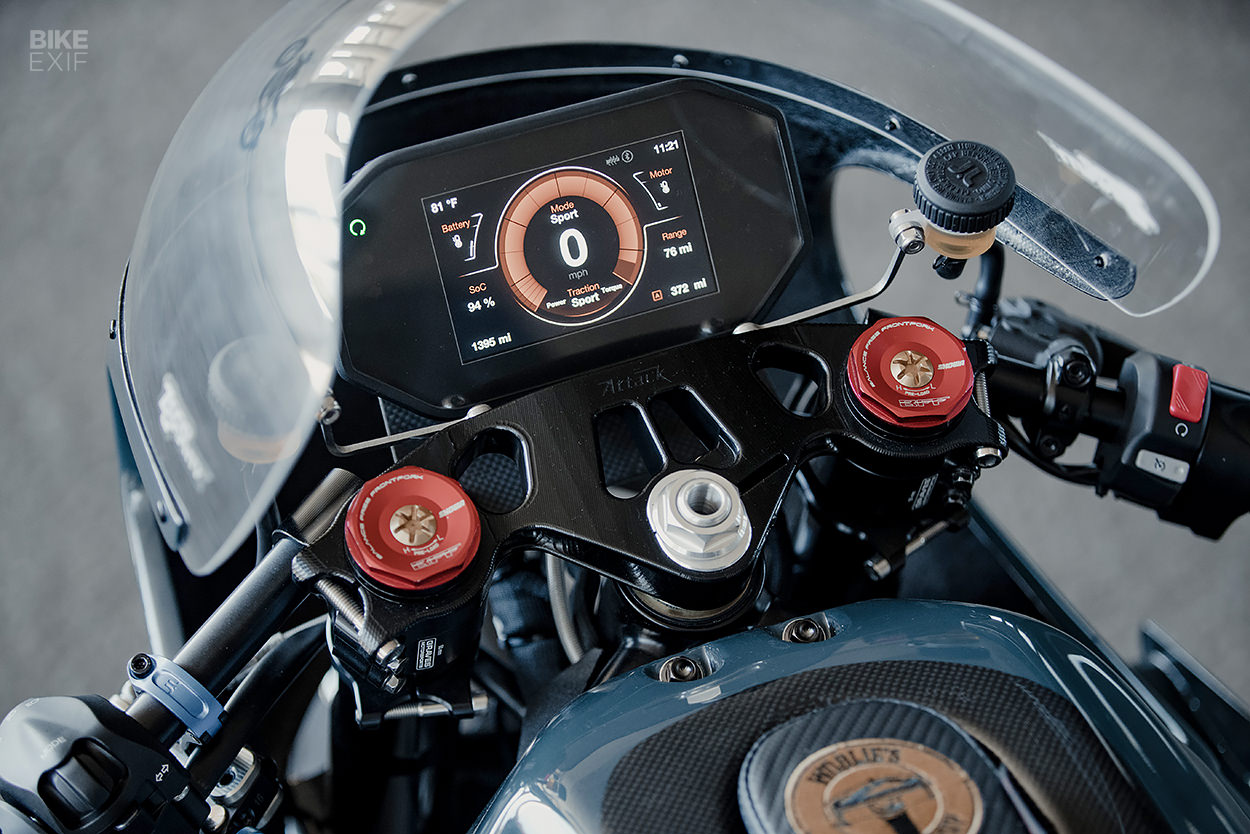 Since the Deus/Zero relationship was forged at a race, kitting out the SR/S build with high-spec running gear was inevitable. So Woolie added factory-spec WSBK suspension from Showa, and a set of ultra-light Dymag carbon wheels. The forks are held by custom-built adjustable offset triples from Attack Racing, and there’s a set of Gravers Motorsport clip-ons in the cockpit.

The brakes are mostly J.Juan Racing components, with the exception of a custom Banke Performance rear caliper on a CNC-machined mount, and the OEM Zero front rotors. And since there’s no shift lever, Woolie decided to simplify the foot controls even further by installing a thumb brake on the handlebars. 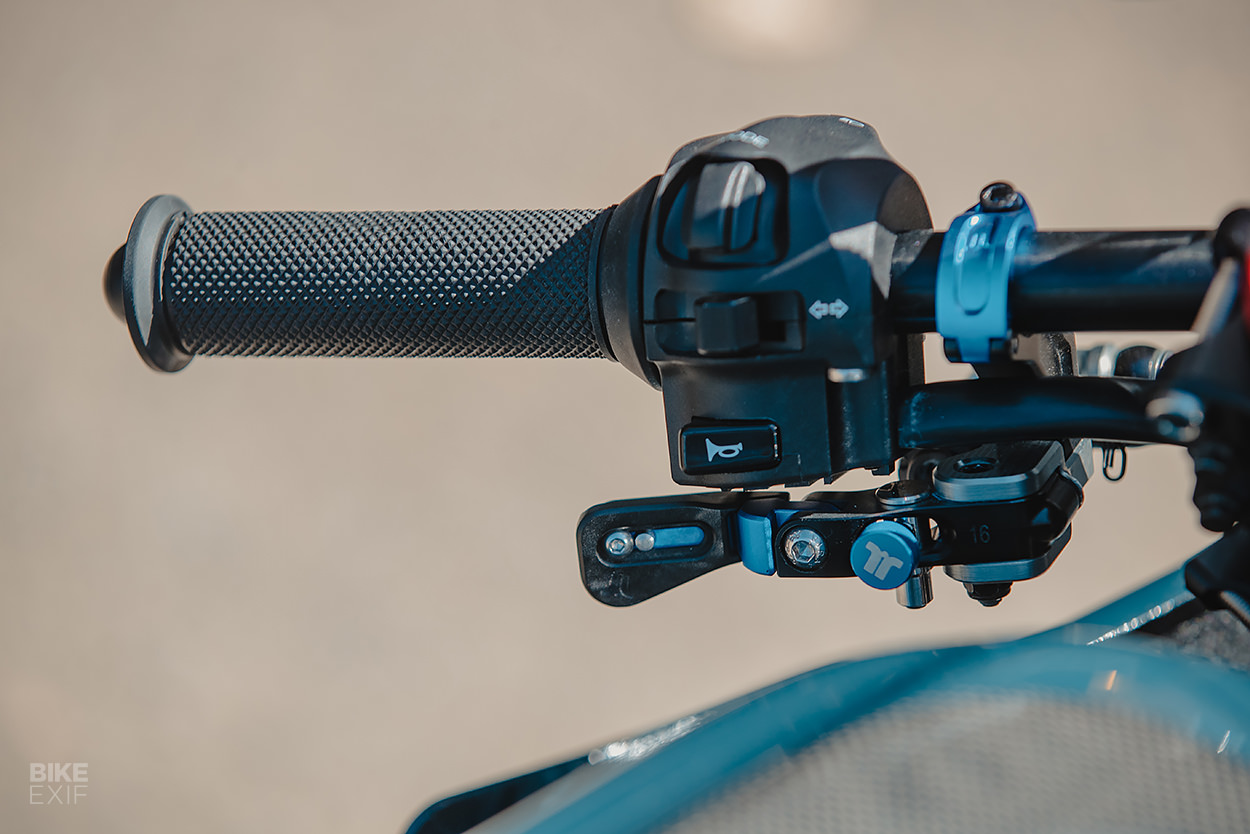 Woolie’s SR/S is one of the most elegant custom electric motorcycles we’ve seen, right down to the subtle scalloped paint job (by Matt Means of Anaheim Rod and Custom) and the clear-coated carbon work. Bikes like this are giving the custom scene a fresh jolt of energy—so can we have more, please? 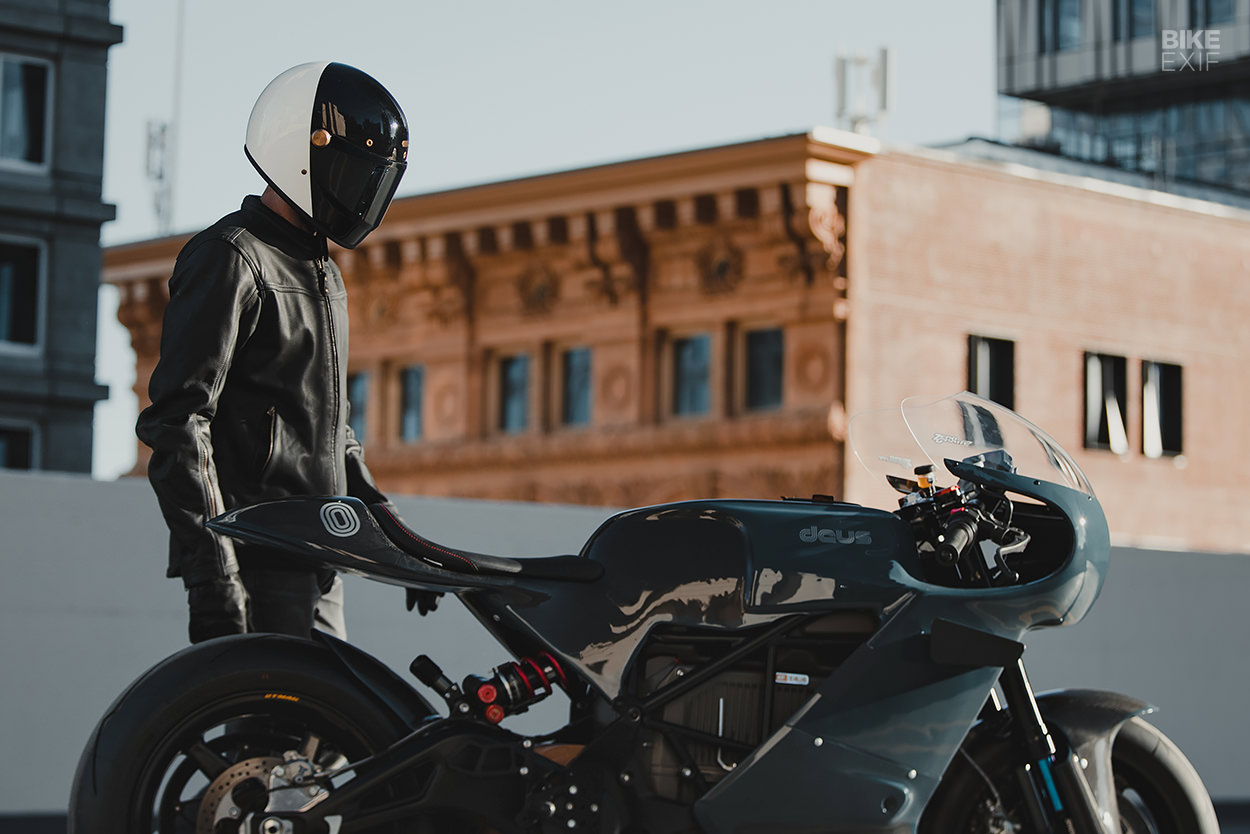